Here even today, the virginity test of girls is being done before marriage, due to failure ...

Women's day 2021: Mamta will take out a procession in Kolkata today, at the center on the women's reservation ...

Army Medal Winner The first Lady Officer of the Army who waged a permanent commission of war, Ka ...

Women's Day: both hands were cut due to the accident, still not broken, read-

What are generic medicines, how are 90% cheaper than branded medicine, know ...

Rajasthan: Woman came to the police with the complaint of her husband, all inspected in the police station ...

The accused carried out the murder in unrequited love. First fed salty and then poured by putting pesticide in water.

According to the police, due to the one-sided love of the minor admitted in Kanpur, such a big incident took place from the accused.

In Unnao Murder Case, police arrested two youths in the case of poisoning two girls. According to sources, these youths had committed this murder in unrequited love. The police arrested them from the village next to Babraha village. Both the youths had given the three girls who had the medicine in wheat. It is being told that one of them loved Roshni, who was struggling with life and death in Kanpur hospital. Both the accused first fed saline to the three girls, then drank pesticides instead of water.

Let us tell you that three Dalit girls were found tied in the field in Babraha village in Unnao. When he was taken to the hospital, two were declared dead by doctors. At the same time, one was referred to the district hospital in critical condition. In the postmort, death due to poisoning was revealed. Many police teams were working continuously since this incident. Sniffer Dog was also involved in this investigation.

Murdered for not giving mobile number

Both the accused hail from Pathakpurv, a village next to Baburaha. Both these accused were arrested on the information of the informer. IG Laxmi Singh said, “In this incident, on Friday, information was received from the informer that two persons had appeared before and after the incident. Both were arrested. During interrogation, it was found that during the lockdown of the accused Vinay Lambu became friends with a girl and later fell in love with her. He expresses his love, but the girl refuses. Accused Vinay Lumbu asked for a mobile number, but the girl did not give a mobile number, which angered him. He first fed the girls salty and then watered them with a bottle filled with pesticides. When the other two girls started drinking water, she wanted to stop, but by then she had drank water. When foam started coming from his mouth, he escaped from there. “

According to the information, the second accused is a friend of Vinay Lambu and is a minor. He helped her in this entire incident. He brought snacks from the shop. The main accused had already mixed poison in the water. IG Laxmi Singh of Lucknow Range, SP Anand Kulkarni of Unnao, DM Unnao Ravindra Kumar have told these important things while talking to the media. 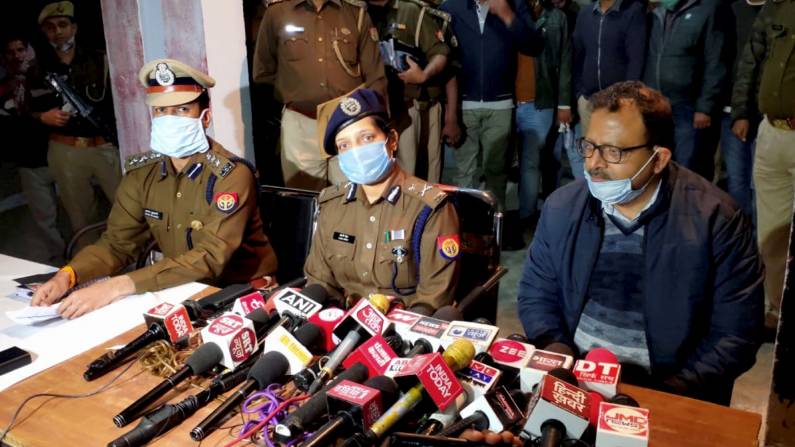 Campaigning for civic elections ends in six cities of Gujarat, voting on February 21

Vicky Kaushal arrives at Uri Base Camp, along with the soldiers, has created an atmosphere of fun.

Here even today, the virginity test of girls is being done before marriage, due to failure …

OnePlus 9 and OnePlus 9 Pro will be launched on March 23, in the case of camera, the phone is visible …

Women’s day 2021: Mamta will take out a procession in Kolkata today, at the center on the women’s reservation …