Akshay Kumar, broken by the death of 'Kesari' actor Sandeep Nahar, wrote- My heart is ...

Ranvir Shorey beats Corona virus, thanks fans for their blessings

Drink raisin water every day, your body will get these amazing benefits

Why do women get allergic during pregnancy, know the reasons, symptoms and symptoms ...

OTT Releases: From 'Jamai 2.0' to 'The Girl on the Train', these series and movies will be tomorrow ...

How to take care of hair during pregnancy, know here special tips

From Alia to Jahnavi Kapoor, these actresses showed stylish looks in a corset look.

The painful story of Gangubai Kathiawadi, husband sold for 500 rupees and became like this ...

M / s. Dhoni and Kesari film fame actor Sandeep Nahar were found dead at their home in Goregaon on Monday. Sandeep wrote an open letter along with uploading one of his videos on social media before his death. Which he himself named the suicide note. The Mumbai Police has launched an investigation on Sandeep’s death. On the other hand, on social media, Kesari film actor Akshay Kumar has posted a picture of his co-star Sandeep Nahar expressing grief over his demise.

Also wrote a message giving tribute. Akshay Kumar has written that my heart was shocked after hearing the news of Sandeep Nahar’s demise. A smiling man who used to be very enthusiastic for food, I remember this with him in Kesari. Life is unpredictable..If you ever feel short, please seek help.

may her soul rest in peace. Let us tell you that 32-year-old Sandeep Nahar has been working in TV shows, advertisements and films for a long time. He was well liked in the role of Sushant’s friend in Dhoni. He played his role as a Sikh boy in the film Kesari. Sandeep has also been a gym trainer with it. Before the demise, Sandeep revealed the stress of their married life on social media. 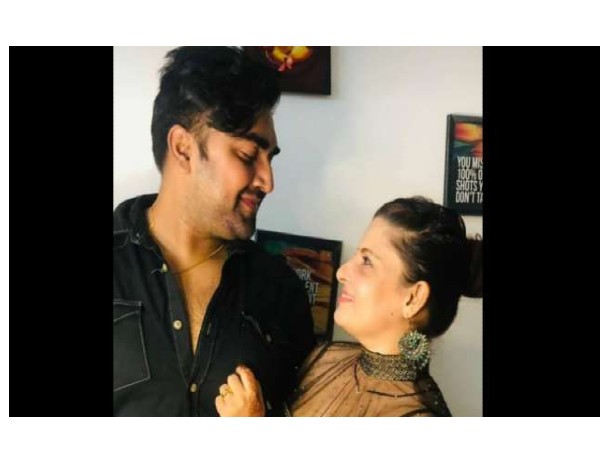 According to a website report, DCP Vishal Thakur has said in this regard that at present there is no scope of any conspiracy. It seems to be a case of suicide. Full information will be available from the post mortem report. Please tell that in his suicide note, Sandeep has told his wife Kanchan Sharma the reason for his death. Kanchan’s statement in this case has not been revealed yet. It is being told that Sandeep was found unconscious in his room. The wife took him to the hospital. Where he was declared dead.

You have already subscribed

Related Topics:Featured
Up Next

Know how many hours Jethalal’s designer shirts are ready? Over 13 years …

Salma Hayek started crying while doing sex scene for the first time, was thinking on father and brother …

Bankers talked about the “naked kings”: why Kirkorov is mired in credit …